Store King of the Past Age 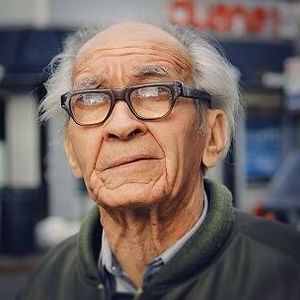 Though not everyone knows the name of Samuel Moore Walton, this outstanding American entrepreneur and a businessman managed to create a huge retailer company that is the world’s biggest retail network.

According to Forbes, Sam Walton was the richest American from 1985-1988! He was awarded Presidential Medal of Freedom, which is one of the two greatest awards for the civilians in the USA. Sam Walton is the next one, who proved, that a person can reach success from the bottom.

His net worth combined as of late 2017, was $140 billion, making his family one of the wealthiest in the USA.

There are many quotes that belong to this great man, but you probably know by heart. His powerful and such truthful words will stay in our memories hopefully for a quite long time.

There is only one boss. The customer. And he can fire everybody in the company from the chairman on down, simply by spending his money somewhere else.

A Calling from the Beginning

Sam Walton was born in the simple family of farmers, whose main source of income was housekeeping. The first activity of the young boy was milk selling and probably this potential job defined the way of professional development.

After a successful marriage, Sam’s father-in-law lent $20,000 to buy a little shop. Though the shop was opened right after the end of the Second World War, the first year revenue was estimated at $105,000, while the average annual revenue of the previous owner had never exceeded $72,000.

By 1952, Sam and his brother opened 16 shops in three different states – Arkansas, Missouri, and Kansas. The main dissonance lied in the fact that shops with huge revenues were generally situated in the towns with population less than 5000 of people.

There is hardly a person, who knows nothing about Walmart. The first store was opened in 1962 – the other 229 stores had been opened by the 1973 and the revenue was estimated at $1 billion dollars. Wamart is considered to be the biggest retail network in the USA. The owner of Wamart died in 1992 and conceded the title of the richest American to Bill Gates.