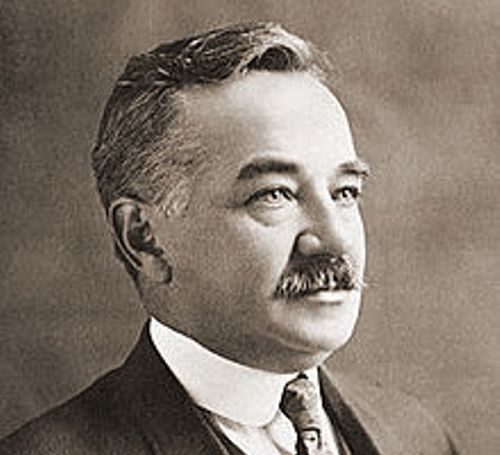 Nowadays, Hershey’s is the largest manufacturer of chocolate bars in North America and the fifth largest confectionery company in the world. Everyone knows the taste of the delicious Hershey’s nuggets, chips, and drops.

The unbelievable story of success, which proves that everything in this world is possible unless you are inspired by your idea!

Facing with a Wall of Misunderstanding

Milton’s childhood wasn’t a typical childhood of an average American kid. His family was forced to move from one state to another. As a result, Milton didn’t get any education – neither secondary nor high.

Still, his childish dreams were chasing him and once upon a time he decided to devote his life to sweets. The manufacture of the three separate candy-related ventures failed but Milton knew – sweets are the gold mine in the USA.

There were lots of factors that contributed to the development of Milton’s sweet idea – the lack of competition, the substantial financial foundation, the high demand on the rare dainty. Still, his path was thorny and complicated.
Nevertheless, in 1903, Milton started creating his empire. He built the first American factory on the manufacture of chocolate. There is no need to describe the further successful development of his deal.

Give them quality. That’s the best kind of advertising.

It’s important to say that Milton Hershey decided not only to provide people with workplaces during a hard time of the Great Depression but to give substantial social goods. New houses, schools, hospitals, lots of parks, and a cheap system of public transport – everything became available for the citizens of the city of Hershey.

Milton Hershey is a good character in the cruel business world. But he left a substantial sweet mark in the hearts of ‘sweet teeth’ around the world!